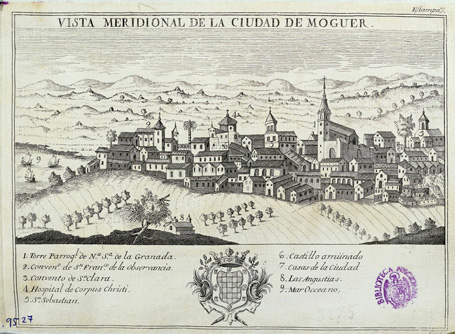 Moguer is our land, we live here, and we grow and market our fruits for the whole world, from Germany to China passing through Canada or Belgium. Agromolinillo is a company based in Moguer, dedicated to the cultivation and selling of different types of fruit.

In Agromolinillo we don´t forget our origins.  A small family business (Costa de Huelva) founded in 1979 by Juan Márquez Soriano together with two farmers, and dedicated to growing strawberries, farmed on land owned by the company.  In a short space of time, they were joined by farmers from only a few municipalities that, at that time, were dedicated to growing fruit.

Thanks to our geographical location, Moguer, Andalusian land, infinitely bathed by hours of sun and a humid breeze from the Atlantic, has managed to harmonise the efforts just enough to bloom the richness of its exquisite fruits, were we treat them with tender loving care, so they arrive with the maximum freshness, quality and flavour to whatever part of the world.

When the cultivation extended, and cooperatives began to emerge, Márquez joined Cuna de Platero, a cooperative from Moguer, where he eventually became President during various years and one of the major producers. But, due to his entrepreneurial character, in 1987 he departed and founded his own cooperative, which he named Agromolinillo. With an area of between 30 and 40 hectares, he began his farming and commercialisation of various cultivations. So began Agromolinillo´s path, focusing on strawberries, but also opening its way with citrus fruits and raspberries, the latter being an exporting pioneer to Europe around 1987.

Even though strawberry is the star product, other “berries” are making their.

Thus, in recent years due to market developments, coupled with the tendency to be at the forefront of research and development, has introduced another line Agromolinillo growing specialized in another product of the home, EL ARANDANO.

So much so, that Agromolinillo became in 2012 the first export company onubense blueberry Asia.